Whatever your political affiliation, Election Day can be tense. There are only winners and losers; there’s not a lot of gray when it comes to the polls.

Two years ago, Phil and I were upset about the presidential election results… and we had I’m-sad-about-the-election sex. (It seemed like the best way to get through the night, to be honest.)

I find myself missing him today.

I know God has someone else out there for me to love, and most of the time I’m not wallowing, but I would be lying to myself… and more importantly, I’d be false to Phil’s memory if I didn’t admit I wish he were with me tonight. I’d even settle for within a text’s reach.

Anywhere on earth would suffice, actually.

I know he’s in heaven with a whole new perspective on earthly concerns like elections, but I’m feeling a little selfish tonight and I miss my friend. 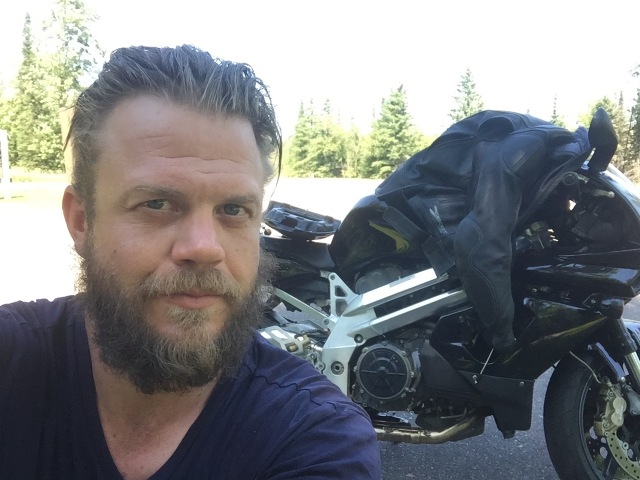 You should be here, dickhead.

So that’s what’s on my mind.

Love to all of you.

I’m going to drink some wine while listening to country music now.

Life is full of those moments when you realize that almost everything is a matter of perspective. Few days put this into focus like election day — particularly a presidential election day. I mean, by tomorrow morning, roughly 50% of the country will be disappointed. (You know, as long as we don’t end up with some weird 269-electoral-votes-the-House-has-to-decide craziness — or another hanging chad situation.)

Today, I was reminded of the importance of perspective in an unexpected way when I went to cast my vote.

The three volunteers checking in voters in my polling location were older gentlemen. They were all a bit slow, and one in particular was slower than the rest. He was kind of disoriented and honestly seemed a little overwhelmed, like he didn’t know what his role was in the process. This created some confusion and a slight backlog of voters waiting to cast ballots even though there were open voting booths in our precinct. If I were a deeply cynical individual I might have concluded that this inefficiency was a form of voter suppression. Since I’m not deeply cynical, and I don’t live in a hotly contested battleground state, I concluded the situation was just unnecessarily annoying.

I mean, it’s 93 degrees (AGAIN), I’m still lightheaded from donating blood yesterday, and the heat isn’t helping. I didn’t love standing around when it wasn’t necessary and I left feeling a little out of sorts myself. Speaking with my neighbor afterwards changed my tune, however.

“Was our poling place a bit of a mess this year or was it just me?” I asked him. “The guy in the middle seemed particularly confused.”

“I recognize him,” my neighbor told me. “He lives in the nursing home in our neighborhood for HIV positive patients.”

That put me in my place. This guy is dying. Dying. And he’s giving up his time so that others can exercise their amendment rights. And I’m annoyed the operation isn’t a well oiled machine functioning at optimum efficiency? He’s not trying to slow down the voting process deliberately — or disenfranchise anyone. I mean, it’s even possible he could be suffering from a form of dementia that can be associated with HIV. Either way, I should just shut up about waiting for my ballot and be grateful that my biggest problem today is a little dizziness — and my own impatience.

And BTW, if my polling place wanted to go all voter suppression on us, they probably would not have allowed this guy little inside. 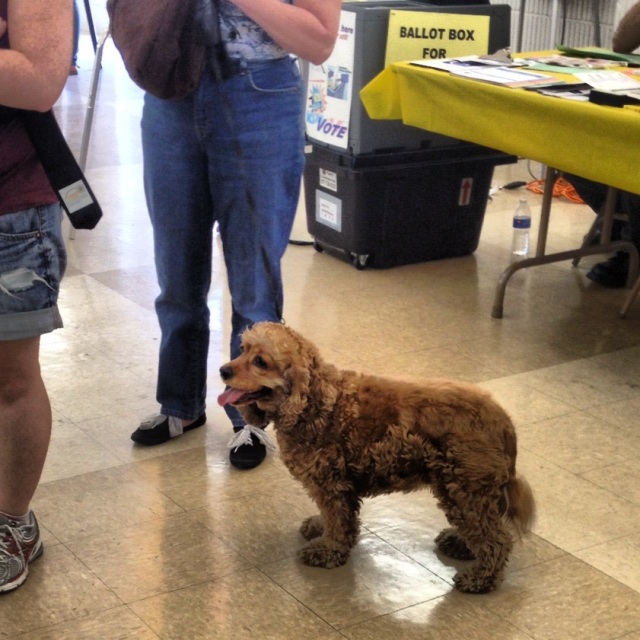 If Woodley had realized Spaniels had earned the right to vote, she would have been all up in the booth. She’s opinionated.

So, anyway, that was my sobering morning.

The process may have been imperfect in my precinct, but honestly? What do I have to complain about really?

Unless I’m in that 50% tomorrow morning… and even that?

It’s not life or death.