So I really want to wallow in self-pity today, but I’m not going to do it. I’m back in LA after a trip to Michigan, and now I’m experiencing some sort of post travel hangover.

You know, the kind that makes you want to get in the car again?

To go somewhere. Anywhere. Just so you don’t have to be in your own home facing your life again.

Because I kind of resemble a responsible adult, I’m not allowing myself to do that any more than I’m going to be all gloomy today.

See, my mother’s siblings and I went back to Michigan to celebrate my grandmother’s 86th birthday last week. While it was wonderful to be with my family, my grandfather passed away the day before her birthday two years ago, so the annual trip is always a bit bittersweet. I’ve allowed myself some time to be sad — and to celebrate with my family — and now it’s time to get back to business. This means blogging, setting calls, dusting around the TV, and other sorts of tedious activities. Well, not that blogging is totally tedious. I quite like it, actually.

I just find it hard to be all perky and witty when I’m not feeling it, but I guess life is about doing things even when you’re not feeling it sometimes. It’s about swinging at another pitch when your arms are aching. Getting out of bed when your heart is breaking. Walking another mile when your blisters burst two miles back. It’s about not giving up.

And sometimes, when you aren’t sure you can stand it another moment, someone else gives you the motivation. 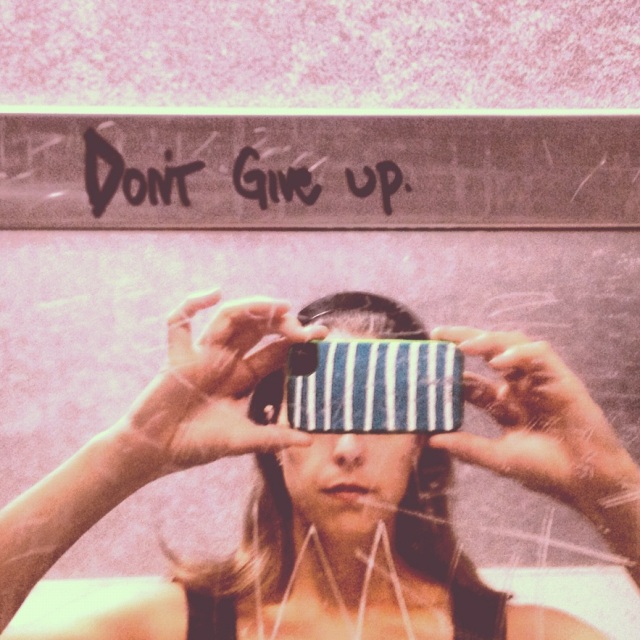 I came across this graffiti in the Kinkos bathroom when I was having a bad day, and I was sort of glad someone had defaced the place with a Sharpie because I needed motivation. I also needed the reminder today when I wanted to crawl back in bed with the third Hunger Games book and avoid my life.

So, I’m going to be an adult today.

This means I’m going to turn off sad songs by The xx and blast the Billy Ocean so I can write my long overdue Foodie Pen Pal Reveal Post. I’m going to be an adult today.

Here’s what I love about my neighborhood: it’s dog friendly and it isn’t an uptight community where overbearing people tell you how you should be holding your dog’s leash or whatever. Here’s what I don’t like: weird people who shout at you while riding by on their bikes.

Usually I walk the dogs in some sort of baseball cap and yoga attire, but yesterday I was dressed in a sundress for church when I took the dogs out. Some guy with a strange fauxhawk thing happening on his head shouted at me, “Get a boyfriend!” as he rode by on his BMX looking bike. 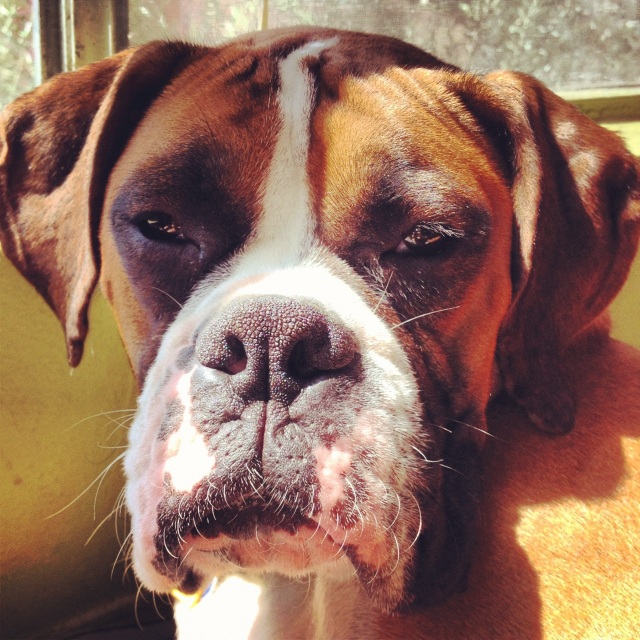 Is that what he said to you? I should have bitten him through his skinny jeans.

First of all, who says I don’t have one. (I mean, I don’t, but how does HE know?) Second, why is this any of his business anyway? And third… what in hell does he think he’ll accomplish by shouting at me?

Does he think I’ll go out with him because he’s the perpetrator of a drive by bike insult? Does he think I have dogs because I’m some sad, lonely spinster? Or is he just some weirdo being weird? (Most likely scenario.)

Does this sort of thing happen to other people or is it just me?

I mean I have had baristas who would harass me for being single. Like it’s so hard to believe a woman can like dogs, steak, and football and not be some guy’s girlfriend. Whatever. (“Just hand me my whole milk latte, Chuck Woolery!”) I mean it’s not like I don’t date.

Let’s change the subject to happier things. Like the new album by The xx. And steak.

I would like to eat one tonight while I watch Denver and Atlanta on Monday Night Football.

Even though I think a New York Strip can totally stand alone on its own merit, I also think it can benefit from blue cheese and chiles from time to time.

Tonight I used this recipe to make a jalapeno and blue cheese sauce for my New York Strip. 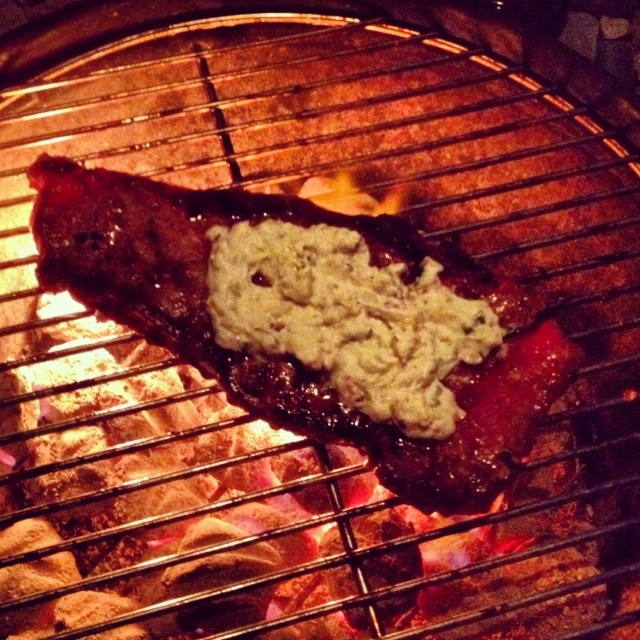 The longer I stay single, the better I get at handling power tools and lighting a charcoal grill without setting myself on fire, so there’s that.

I also added the blue cheese jalapeno mixture to my baked potato, but you should be careful with this because the blue cheese can get a bit overpowering if you slather it all over everything. 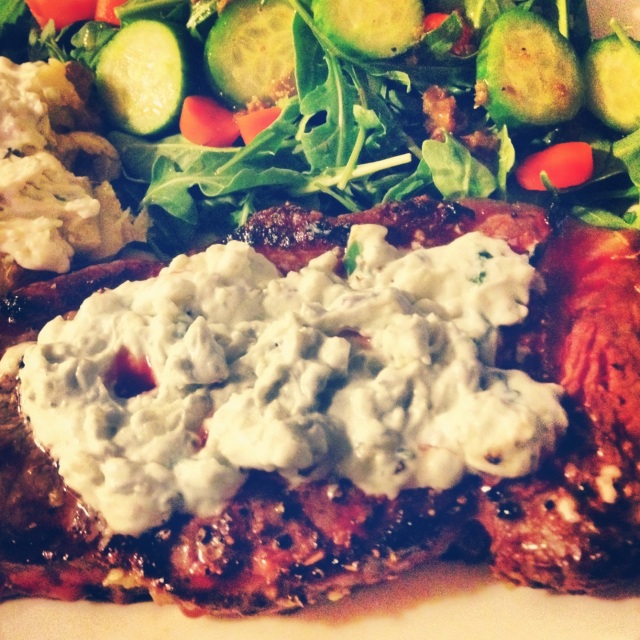 Suck it, weird bike boy, I’m not sharing my steak. Besides, I bet you’re a vegan anyway.