Professor Albus Dumbledore and I threw a Halloween party yesterday.

He even had a friend of his own in attendance. 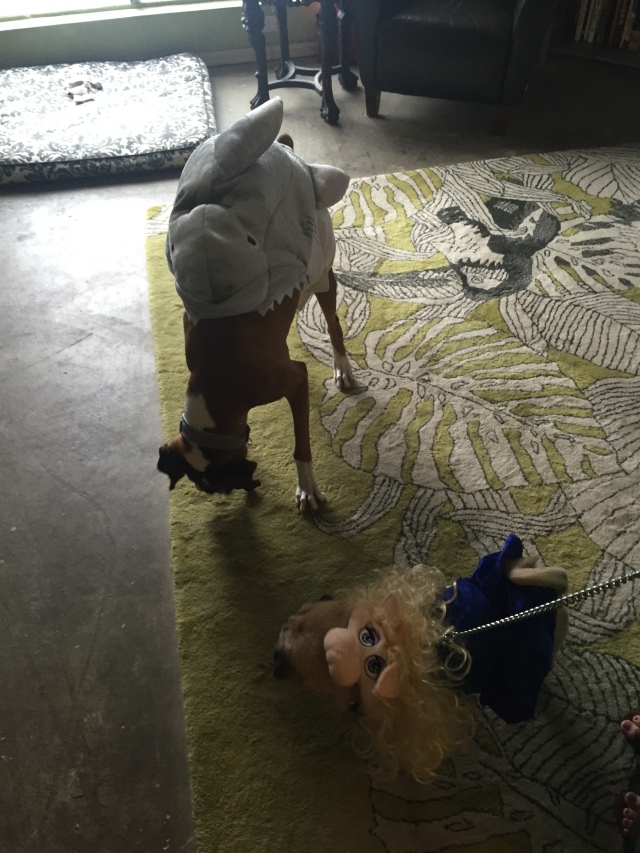 Miss Olive Piggie made an appearance.

She stayed in her costume a lot longer than Albus, however.

This photo was taken about 15 seconds later.

There were many failed attempts to put the costume back on him. We even tried bribery with beef sticks to get him to hold still, but it was all in vain.

He just didn’t want to be a shark.

Despite my failure to dress my dog in a festive ensemble, everything else went well. It was lovely to catch up with human friends I haven’t seen in ages, and the treats were a success. 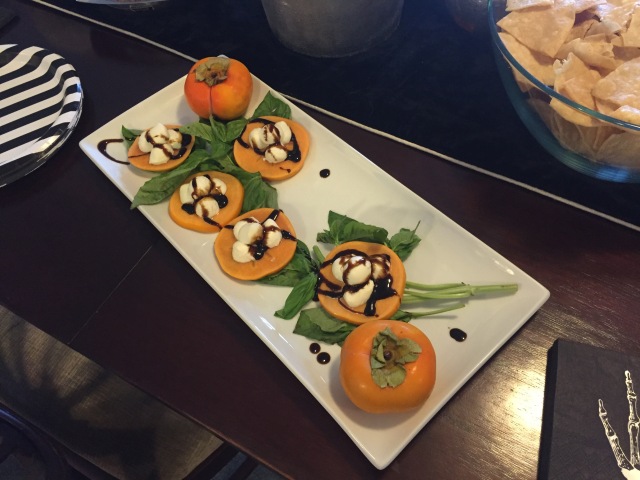 The persimmon and mozzarella apps were devoured. 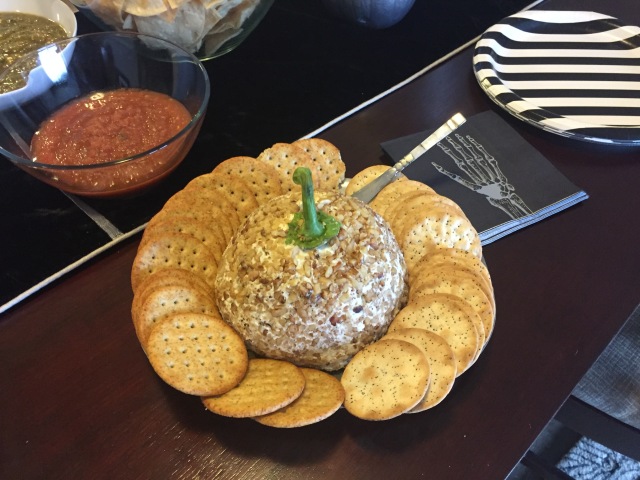 And so was the pumpkin shaped bleu cheese ball. 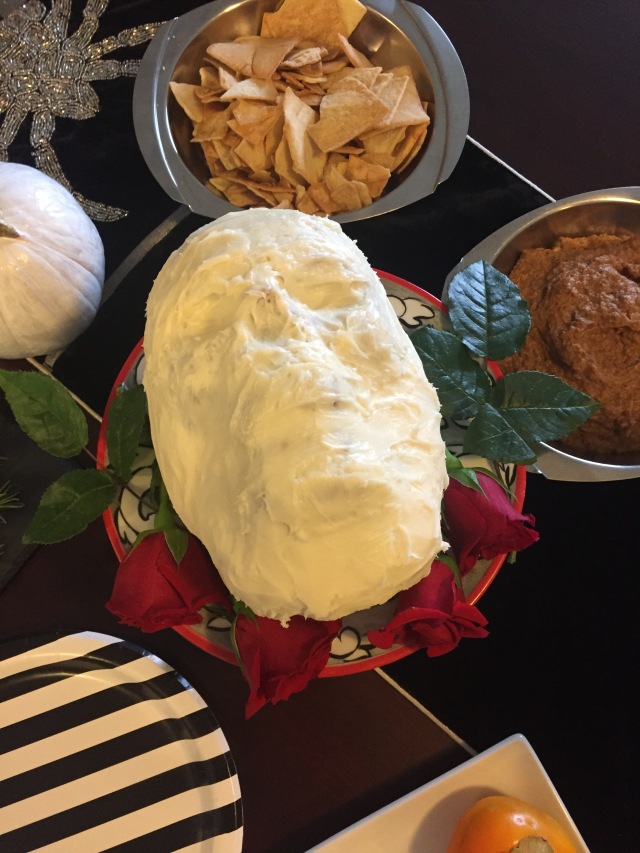 I do have a bit of skull carrot cake left.

So I’m pawning it off on neighbors.

We even had evil wine.

And mini pumpkins in the hallway.

I may keep this situation up through November if the pumpkins last. It has a nice non-creepy fall feel to it.

If they wither and die soon, it will give me the perfect excuse to set up for Christmas early, though….