First of all, I’m almost done with season 4 of Game of Thrones, and I got HBO back yesterday — just in time for the April 12 premiere of season 5.

So this is all terribly exciting in a nerdy kind of way….

Also? I saw Blue Velvet for free at the Arclight Theater in Hollywood last night. The movie is beyond super messed up, and I wrote my honors thesis on it when I was a wee one in undergrad. (Another nerdy thing.) Seeing it again all these years later I was like, “Wow. I should not have watched that movie when I was 12. No wonder I had to write 75 pages about it in college. I was probably trying to heal my adolescent trauma through academia.”

Is not for kids.

In other news, I finished yet another pass of my script last night before watching Dennis Hopper torment Isabella Rossellini and Kyle MacLachlan for two hours. I can’t REALLY say the fourth draft is done because I know I have messy bits that I still need to tie together, but it’s CLOSE to being a fourth draft. This makes me SMILE.

Do you know what else makes me smile?

I made cola carnitas in the slow cooker for my cousin Maddie on Tuesday, and it was so delicious we almost died. 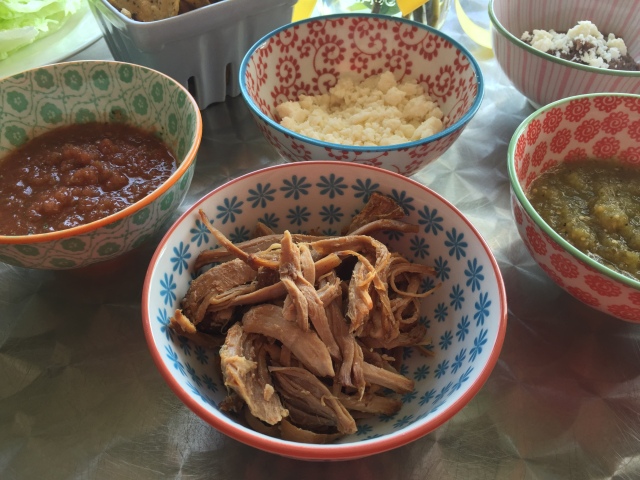 I did a whole taco spread with gluten free chips, corn tortillas, cotija cheese, salsa verde, and black bean dip. We talked about boys, I gave her half of the clothes in my closet, and we laughed our heads off while we stuffed our faces with piggy goodness.

If you want to make some cola carnitas yourself, here’s the recipe.

Put all of the ingredients in the slow cooker on low and allow the pork shoulder to simmer all day. If you’re in a rush, you can put it on high for about 4 or 5 hours.

Once the pork is cooked thoroughly, take it out of the slow cooker, remove the fat, and shred the pork with a fork. I discard the other ingredients, but you could use the onions if you’d like. They’re really tender and sweet.

After you eat the carnitas, try not to dance like a lunatic like my family does when we have Mexican food. 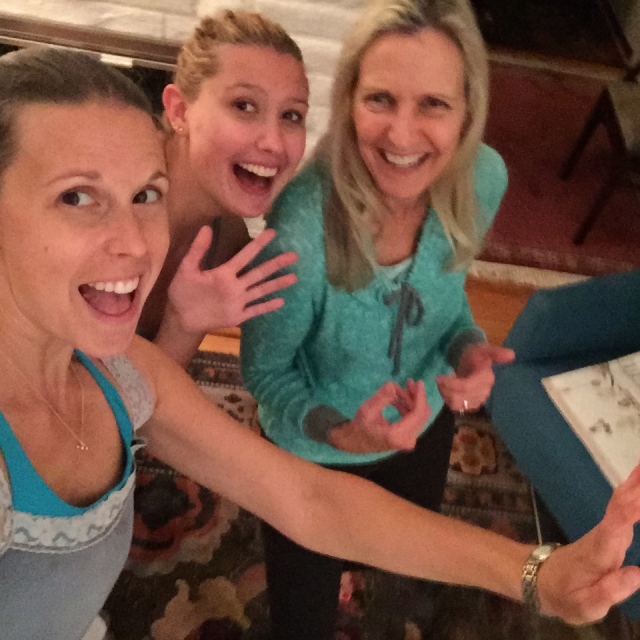 We are mentally ill for Mexican food.

(We are also super fun.)

And because I’m into spreading fun, here’s a song I’m way into right now. It’s Lindsey Stirling, and the video has a whole M.C. Escher thing going.

*Mexican Coca Cola is made with cane sugar instead of corn syrup. I’ve never tried it with traditional cola, but I’m sure it would be fine if you can’t find Mexican Coke.

**Sometimes I only use half the can if I want it less spicy.

OK, I’m done rambling now. I’m off to USC to handle some bizznass.